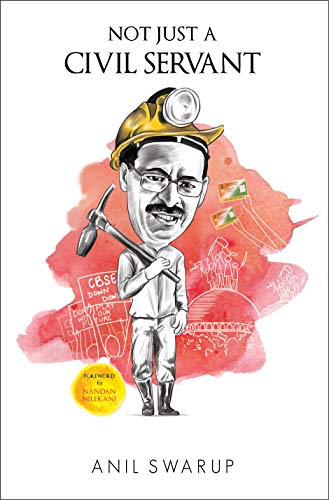 An inspiring tale of what a few good officers can achieve despite the hurdles and red tape of India’s soul killing bureaucracy. It confirms once again that the enemy of development is within. The book is written with honesty and passion by a person who worked all his life inside this callous system. I recommend it whole-heartedly.
Gurcharan Das, Author and Columnist

There are several superstars in the civil services, each deserving to be celebrated. But Anil Swarup is among those rare ones who are also powerful communicators of their ideas to wider audiences. I have, more than once, heard him speak to groups of younger bureaucrats on topics elucidated in the book. When he leaves the room, the listeners are left visibly charged with inspiration to do something out of the ordinary.
Unlike many other autobiographies of my colleagues in the civil service, Anil’s book reads like a series of journalistic despatches of some of the better known accomplishments of his career in the IAS. Without unnecessary embellishment, his language touches you where it is intended to. The most amazing of the stories is about the conception, formulation and spreading out of the RSBY scheme. In my view, the book could as well have a subtitle, ‘Serving the poorest of the poor’.
Prabhat Kumar, Former Cabinet Secretary and Former Governor, Jharkhand

Anil Swarup’s destiny was carefully carved by his father the day he was born – to be an IAS officer. It is a destiny that took him places – from being a Sub-Divisional Magistrate in Deoria, UP, overseeing the maximum number of passengers in vehicles, to being in the thick of a bank robbery shootout, featuring on the hitlist of Sikh terrorists, working and watching Kalyan Singh closely when the Babri mosque was demolished and navigating the Gangs of Wasseypur-style coal ministry. As he says in this book, government teaches you skills what they don’t at Business School –like how to manage manufactured crises. The book passionately details his governance tour de force as he learnt how to douse communal tension, blow the whistle on ‘speed money’ in environment clearances and revived UP’s moribund investment board. But what ultimately felt like a ‘Bharat Ratna’ moment for him was when he helped a man get back his job and prevented him from returning to a life of drugs.
Shekhar Gupta, Founder Editor, The Print and Former Editor-in-Chief, The Indian Express

This is an amazing true story of a life of incredibly varied experience – a ‘must read’ for all.
Tarun Das, Mentor, CII

Generous in his praise and scathing in his criticism, Swarup gives us revealing insights into the complex world of Indian administration. Laced with interesting anecdotes, this book gives an account of the challenges he faced in his career— the Babri Masjid period, RSBY scheme, coal block auctions, and the mess that permeates India’s education system. That India continues to progress against all odds is due to officers like Swarup, who stick to their principles, withstand enormous pulls and pressures and are able to deliver while remaining within the system.
Dr Ambrish Mithal, Padma Bhushan, Renowned Endocrinologist

The book authored by Anil Swarup is a must read for the new entrants to the civil services as he has given a new definition to the ethos and spirit of bureaucracy.
Anil belongs to that rare breed of civil servants who have the spine and are willing to take on the powers that be, both in the bureaucracy as well as the political class, who consider governance, not for promotion of public good, but for private gain. Anil, in his book, has shown that a civil servant can go beyond rules and regulations and become a motivator, a leader of men and an innovator in formulation of policies. He stood for what he thought was right and earned the reputation of being straightforward, telling his bosses, where, he thought they were going wrong, and, not worrying about the consequences. After reading his book, one feels that the governance of the country is in safe hands, so long as we have civil servants like Anil Swarup.
Yogendra Narain, Former Chief Secretary, Uttar Pradesh and Former Secretary General, Lok Sabha

I have known Anil since our days in the Mussoorie Academy. A standout from the beginning and winner of the Best Officer Trainee award, he has always been frank and forthright in his views. His book traces the remarkable career he has had in UP and the Government of India, giving the reader an intimate view of some absorbing episodes of national importance. A page turner.
Parmeshwaran Iyer, Secretary, Rural Sanitation (Swachh Bharat), Government of India 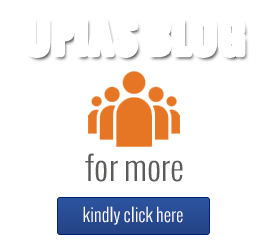